Panadol Cold & Flu Day is formulated to alleviate 4 symptoms common to colds and flu, including:

The combination therapy of 5 active ingredients in the one dose allows Panadol Cold & Flu Day to provide multi-symptom relief in a simple, convenient application:2 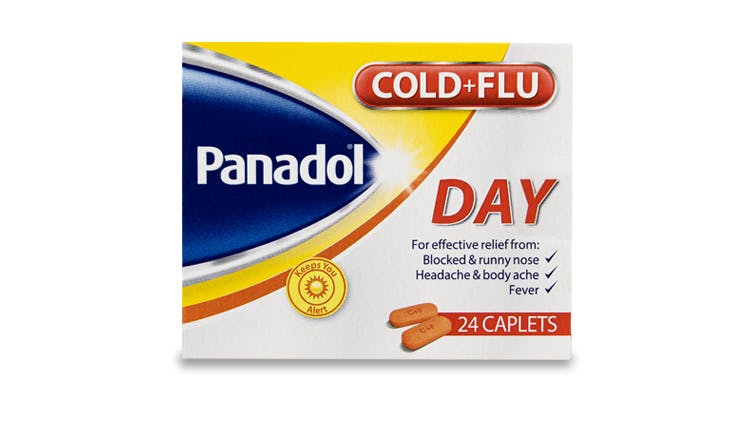 Gives relief from cold and flu symptoms in 30 minutes, lasting up to 6 hours3

Find out how the Panadol Cold & Flu range can help your patients.